As I begin to unpack part four of Brene Brown’s BRAVING inventory, “vault,” I realize it feels extremely personal. Why is this, I ask myself? All of the first three items (Boundaries, Reliability, Accountability) are—objectively speaking—no less personal. After all, what is more personal than a boundary you have set to keep yourself emotionally safe? It was only as I began to write this that I realized why “vault”, or confidentiality, is so important. Because confidentiality, the trust that others will respect the privacy of our feelings, experiences, and narratives, IS a boundary. It is a boundary that we all have in common, and yet we may forget to make this boundary explicit to others: that we alone have the right to share our own story.

Confidentiality, or “vault,” in Brene’s language, is not something we first encounter in adulthood. It haunts us in childhood (“If I tell, I’ll get in trouble”) and adolescence (“Does everyone know I kissed this person?”) to the point where for many of us, sharing anything “personal” as adults with another adult can feel excruciating. But this doesn’t explain why confidentiality is such an important aspect of trust.

At the beginning of every workshop we lead at Culture of Safety, we emphasize confidentiality as a prerequisite for participation.  As we explain it, to us confidentiality means, “What is shared here, stays here.” (Also known colloquially as ‘Vegas Rules,’ as in, “what happens in Vegas, stays in Vegas”).

As we explain, we’ll be talking about violence, and want people to feel as safe as possible sharing their experiences, and that they won’t feel safe if they believe whatever they share they’ll have to hear about again in the lunchroom or whatnot. We articulate it as how we begin to create a ‘safe space’ for participants.

But how does confidentiality create a safe space?

Because violating confidentiality, sharing someone else’s story without their permission, without consent—to put it simply—is violence. Sharing someone else’s story without their permission—removes a person’s ability to consent.  It is the verbal equivalent of assuming that whoever you’re dating wants sex.

Wait a minute! you might be saying, isn’t that going a bit far?

The uncomfortable truth is that violence occurs on a spectrum. Not all violence is physical (or sexual, or both). And, as we teach in Empowerment Self-Defense classes, physical violence starts from somewhere smaller on the spectrum and builds over time. “Small forms build” is one phrase we use . In a practical sense, this means that when violence becomes physical, there is often a time when we can intervene or interrupt the violence while it is still “small” (note: small does not mean non-existent); before it grows or escalates. For most of us, that means noticing and responding to the “red flags”—that is, noticing the signs that our boundaries are not being respected.

But there is a subtle and often-ignored boundary that we all have, but may forget to articulate: our right to confidentiality. Our right to share our own story. And when someone else takes our story and shares it without our permission, the harm is often much greater than the sharer imagines. If it’s not your story to share, sharing it can be harmful, sometimes even re-traumatizing to an individual when they find out.

“Is it a secret or a surprise?”

And yet, it’s complicated. Because sometimes, things need to be shared. We may have a  legal obligation to share information. Both Amy and myself are mandated reporters—I’m an employee of CPS and Amy is a licensed social worker. So if a child discloses abuse—or if we even suspect abuse, we are both mandated to report this to DCFS.

So, we may be supporting a child or someone else who doesn’t have the ability to advocate for 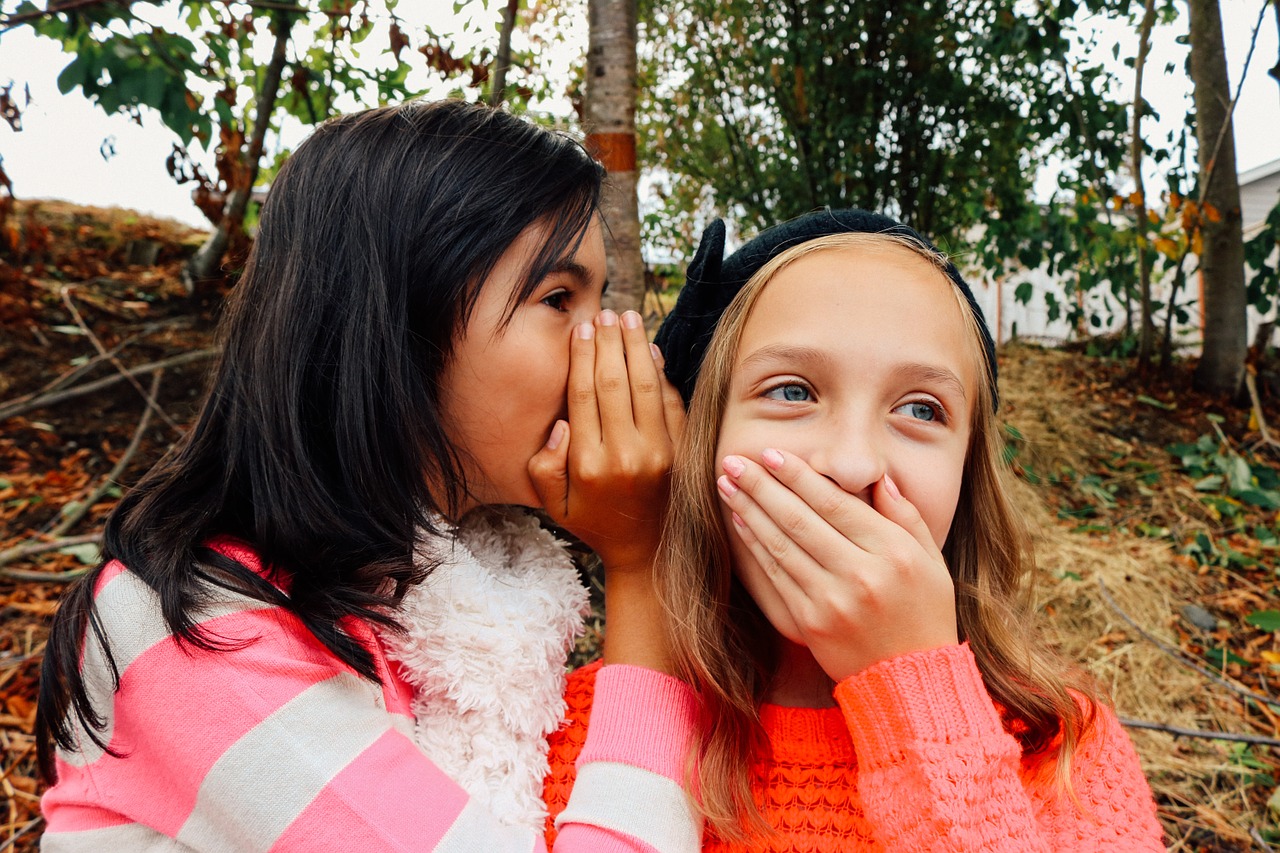 themselves legally. We might be supporting a child who has been told they’re supposed to keep secrets (“If I tell, I’ll get in trouble.”) We hear all sorts of confusing messages when we’re young. We are told to keep secrets (keep confidentiality and vault other people’s information) and yet that very practice of keeping secrets can harm ourselves and others.

For whatever reason, it can feel easier to contemplate breaking a child’s confidentiality for their own good (whether they experience it as such is a different question).  But sometimes there’s a reason to break an adult’s confidentiality – and sometimes it’s not even a matter of life and death.  Let’s look at a relatively benign example. Say, you’re an employee somewhere, and you’re having difficulties with another employee. You try to resolve things with this employee through direct communication, but it doesn’t work. So you approach Human Resources about the problem.

Some companies will have explicit policies that state that employee complaints are considered confidential. There are often limitations to this confidentiality; it’s often not possible to resolve a complaint without disclosing it to the alleged perpetrator.  In order to maintain trust, though, the HR representative has a responsibility to make the limits of confidentiality clear to employees.  This is an ongoing responsibility; putting it in the employee handbook isn’t enough.  Ideally, the HR rep would remind the employee before the conversation begins, but at the very least, it should be discussed before any action is taken.  And this is important.

Because now let’s imagine a situation where the HR rep doesn’t make their intent to break confidentiality – to tell the employee’s story for them – clear.  Naturally, the person who is being complained about has a desire to address the complaint.  In the best case scenario, they do so respectfully and with a sincere desire to understand and resolve the complaint.  Even in that best case scenario, it would still be unsettling (at the  very least) for the complaining employee to learn from the very person they had a problem with that their assumed confidentiality had been broken.  Imagine how much worse it could be if the person didn’t proceed with respect and curiosity, but instead with defensiveness.  Of if they also disregarded the need for confidentiality (or weren’t aware of it), and so reached out to other employees with the story.  Knowledge is power, and those who control the narrative, control the environment. So, if you are an employee and you have a grievance, it is important to have consent and agency regarding who gets to hear your story.  And if you are in HR (or a supervisory role, for that matter) and want to know when your employees have a problem or a conflict, it is in your best interest to be very clear about the issue of confidentiality. 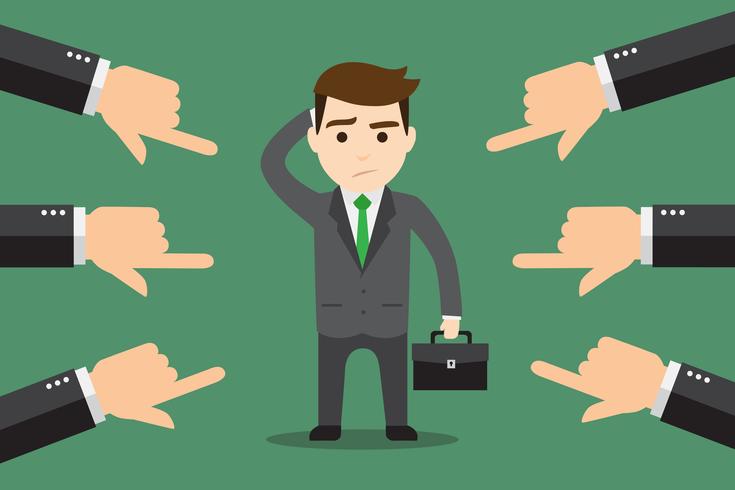 When vaulting doesn’t occur, when information is shared without consent, trust becomes impossible. It only takes one betrayal of confidentiality for an employee coming forward with a grievance to turn into the workplace “troublemaker” and to be treated accordingly. Best case scenario, the person is less likely to come to you with issues. Worse case scenario: the employee is bullied or mobbed until they leave.

When you aren’t clear with people about your need to share their information with someone, the most respectful and trust-cultivating response to questions is, “It’s not my story to share.”

So where do we draw the line between sharing what needs to be shared and when sharing is a violation of trust?  When is it our responsibility to violate confidentiality and when is that act simply violence?

Ethically (and in some cases, legally) it’s pretty clear that whenever there is a credible belief that someone represents a threat to oneself or others, or if it’s disclosed that a child is being hurt, then it is most often our responsibility to disclose, even if it violates someone’s confidentiality.

That being said, someone’s confidentiality should never be violated without them being informed. If we are in a situation (either ethical or legal) and we think we may not be able to keep confidentiality, it is our duty not only to make that explicit in the moment, but also to inform that person of when and what we disclose. To not inform them is a betrayal of trust and causes harm. Always make clear the reporting process you feel obligated to follow, whether speaking with an adult employee or to a child in your care.

And if you don’t have a clear ethical or legal reason to share, the kindest and most ethical action you can take is to keep the vault secure.  Practice cultivating trust in all your relationships by respecting someone’s experience as confidential: when in doubt, assume confidentiality.

The Role of Confidentiality in Cultivating Trust

One thought on “The Role of Confidentiality in Cultivating Trust”